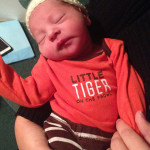 Benjamin’s birth was nothing at all like I expected. I figured having given birth once, I knew what I was in for. Boy was I wrong. First, I did not expect to go early. Since LP was a week late, I figured that Bae would be at least a few days late. As I said…
END_OF_DOCUMENT_TOKEN_TO_BE_REPLACED 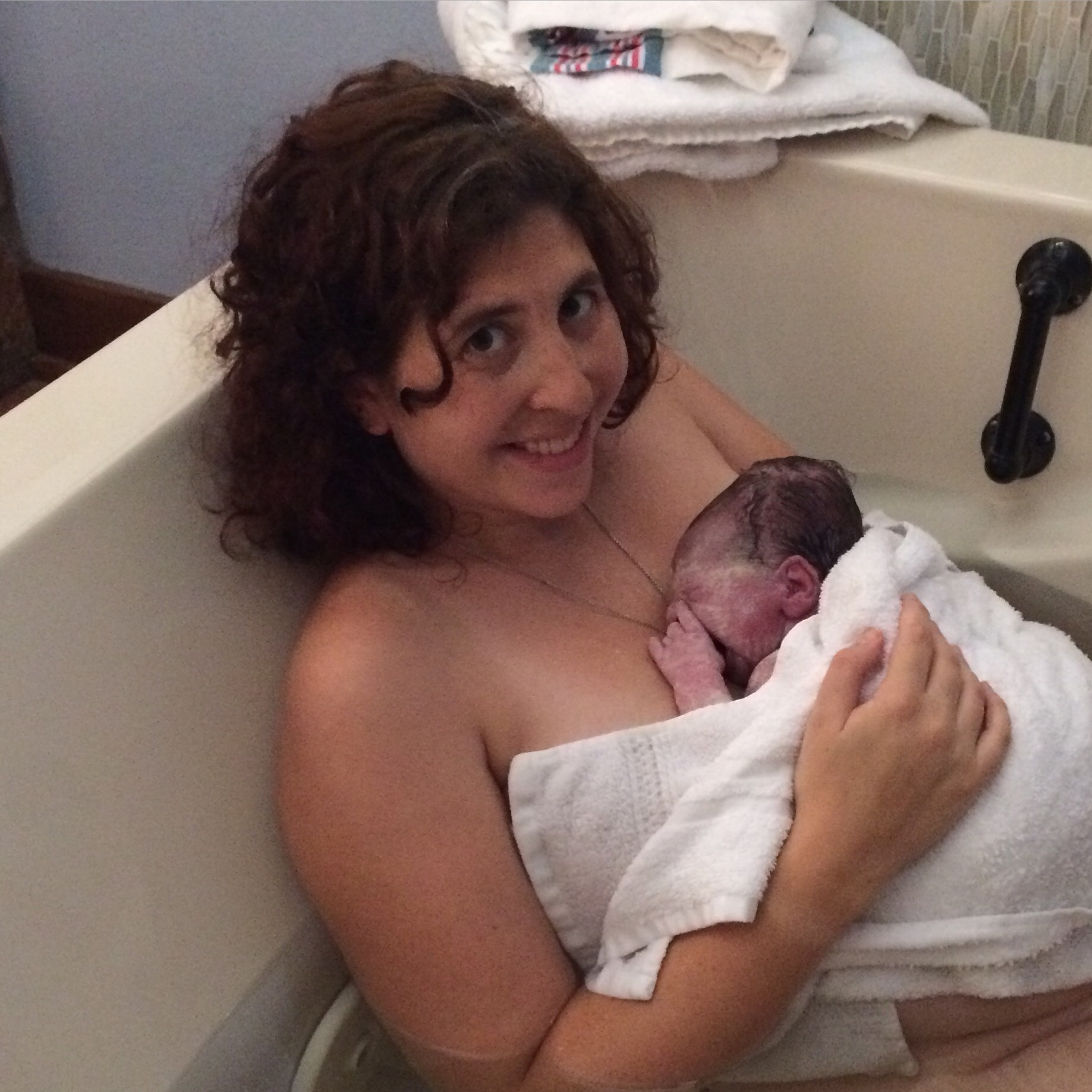 I wrote a whole post on Monday, but forgot to post it (edit: now posted) about all of the things that need to get done before Bae comes. Well, looks like that ain’t gonna happen.

Was really tired last night. Didn’t wake up until about 4am to pee. That’s about 5 hours of solid sleep right there! Got up to pee and the boycat started to vomit, so I threw him into the bathroom with me. Felt a little dizzy when I let go of him and stumbled a bit. Figured it was exhaustion (my whole team has been in Austin the past two days so it was a very busy week for me). Went back to sleep and LP came in around when I got back into bed and snuggled me a bit and then slept on the new twin we got about a month ago. When my alarm went off (5am) I got up and turned it off. I noticed the towel at the bottom of the bed and thought, something like “Oh good. There’s a towel around for when my water breaks.” Laid back down in bed and felt liquid just seeping out from between my legs. Thought at first it was just discharge (I’ve been getting a lot that). Tried to rest some more. Finally decided to get up and go to bathroom as nothing more was coming out. In the toilet I noticed that it was blood. FREAKED OUT. Called for Darius. He is amazingly calm in big situations. Called the midwife hotline. Was told to come in. Texted friends to see who could come over for LP. Neighbor down the street was just heading out the door.

Got dressed, we both texted/emailed out of work. Darius got a banana, my vitamins, and toast in me. Felt baby move a lot. Called KR who came as fast as she could. As soon as she came we left for the birthing center. At birthing center confirmed that wasn’t bleeding anymore. Midwife took a sample to see if my water had broken. It sure had. Got to see it under the microscope, which was really cool. Did a non-stress test where baby moved a ton, but still hates the doppler. Was sent home with instructions to pack bag and rest.

Let all family members, doula, and bosslady know what was going on. Basically I’m on the clock now. Contractions should start at any moment (still waiting!). They’d like me in active labor by 5am tomorrow morning, but it can be by 5pm tomorrow night. If nothing happens on its own by this afternoon, we’ll try to use natural methods (no sex since water broke) to get things started. If nothing is happening by tomorrow then we can start to come up with other plans. I just hope I don’t have to take castor oil or end up in the hospital.

So we came home and Darius made me eggs and I printed the packing list for him and figured out my maternity leave based on today (will go back to work after NYE with full time after MLK day. Will need separate time off for PAX) and set my away message. Helped him pack a bit (I was GOING to pack the bag this weekend while he, KR and LP went to Six Flags). Rested for a while in the guest room (easier to get out of the bed in here). My eyes wouldn’t stay open, but my brain wouldn’t turn off. So I decided to write this blog. I also goggled “lots of blood when water breaks” and found other instances where women’s water breaks before they are in labor and they see what they feel is a lot of blood. Usually with a sensitive cervix or something. So that was my water breaking and i’m much less worried now. For once google calmed someone down.

My doula should be here soon. We had an appointment today to do belly henna. I also want my toe nails clipped. I can’t reach them. So we’ll see if we can get through doing the belly henna. My sister is coming in today.

Ugh, I think this waiting is almost worse than waiting for labor with LP. At least with that one, when I went into labor it was waking up from a nap. This on the clock thing sucks because now I know he will be here by the end of this weekend. Come on body, just figure it out. Let’s meet this little guy. 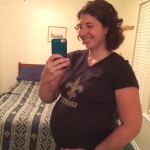 Had another Mifwife appointment this morning. Now measuring at 35 weeks instead of 37. Pretty sure that’s because Bae has dropped. I’m breathing a bit better and his head is certainly in my pelvis, so that’s all good. The midwife seemed very confident that since I went long with Little Prince, I’ll go long with…
END_OF_DOCUMENT_TOKEN_TO_BE_REPLACED 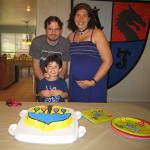 We had a Sprinkle for Bae back on August 23. In keeping with the baby announcement, we had a retro video game theme. KR and Ms. B were awesome and helped me plan everything. When Darius and I went to birthing class the day before the Sprinkle, KR took Little Prince grocery shopping and they…
END_OF_DOCUMENT_TOKEN_TO_BE_REPLACED 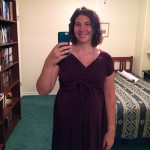 My to do list before the baby gets here is slowly shortening. I feel like much less of a slacker now. We now have the two big necessary expenses that we needed (IMO) before the baby was born. As mentioned before, the a new twin mattress to put next to our king mattress was delivered…
END_OF_DOCUMENT_TOKEN_TO_BE_REPLACED 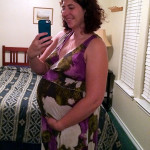 We had our baby sprinkle for Bae on August 23. I’m still working on gathering and editing the pics for that, so post about that will be forthcoming. Also figured out that the problem with inviting everyone electronically is that now I have a whole bunch of thank you cards to send out and very…
END_OF_DOCUMENT_TOKEN_TO_BE_REPLACED 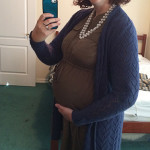 On Saturday I hit 28 weeks. That means that no matter how you slice it, I am officially into the third trimester. I can’t believe the time has gone so fast. I feel like we haven’t really done anything to prepare yet. Well, we did get Bae’s coming home outfit. Here I am at 28…
END_OF_DOCUMENT_TOKEN_TO_BE_REPLACED

Hit 24 weeks over the weekend. That means Bae is the size of an ear of corn or something. It also means that if something were to happen Bae has hit the stage where he would most likely survive. So that’s good. But let’s all hope he keeps cooking until late October.

I took Little Prince to my midwife appointment last week. He was so excited. I was hoping to show him the birthing rooms, but apparently they were all full (full moon that day!). We got to listen to Bae’s heartbeat, which was strong at 140BPM and then the midwife used the Doppler on LP so he could hear his own heartbeat, which was sweet. So everything is sounding good and measuring on target. The midwife said I’m doing everything I can for this horrible pelvic pain (chiropractor, trying to move carefully, support belt, etc.). She also told LP that I can’t pick him up all the time anymore, but he’s not really taking her advice ~sigh~. Next time I get to come in for the 2-hour glucose test…joy!

Talking about chiropractors, I need to break up with my old one (instead of ignoring their messages) because I like this new one. The old one is further from work and more focused on sports medicine, which is great, but not what I need. The new one is much more focused on alignments, is closer to the office, and costs less per visit. Hurray. We’ll see if I continue to like him. If not, I have another recommendation that I can try out.

Physically I’m doing well, except for the exhaustion and the intense pelvic pain. Bae is in there and is kicking up a storm every day. I still refer to him as a girl in my head sometimes, but it’s getting easier to think of him as a him. 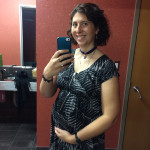 I’m feeling so pregnant today. I’ve been having a lot of pelvic pain lately cause my hips are so rotated. The support belt I have helps, but not enough. So yesterday I gave in and called two chiropractors. One was one who I’ve gone to before, whom I like okay. The other is a new…
END_OF_DOCUMENT_TOKEN_TO_BE_REPLACED